The Bahá'í Gardens and Temple in Haifa 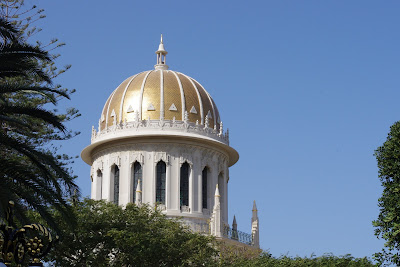 One does not just find Jews, Muslims and Christians living in Israel. Also the followers of the Bahá'í fait have strong historical connections to this this tiny country. But in comparison to Judaism, Christianity and Islam, the center of the Bahá'í is in Haifa, and not in Jerusalem.

Their religious founder, Baha'ullah, was kept for most of his life under house arrest in Acco, just north from Haifa. This took place in the late 1800's, during the reign of the Ottoman Empire.

You can read more about this little-known and 'young-ish' religion at their site.

The Bahá'í gardens and temple in Haifa is probably the most noticeable landmark on Mount Carmel. The striking golden dome and amazing terraced gardens are very hard to miss!

It is a large tourist attraction in this northern city and the vast gardens and temple itself are open free to visitors, every day until 12 am. Guided tours in Russian, Hebrew and English are also given. 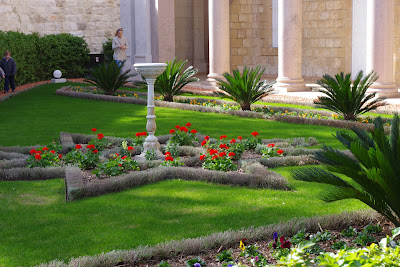 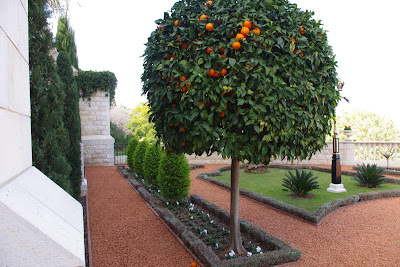 The gardens are amazing peaceful and calm in this bustling harbor city.

The cooperation between the followers of the Bahá'í faith and the Jewish authorities and government also shows that Israel is not always synonymous with religious tension.

If you plan a visit, do NOT forget your camera. The Bahá'í gardens are incredible beautiful and photo-worthy! 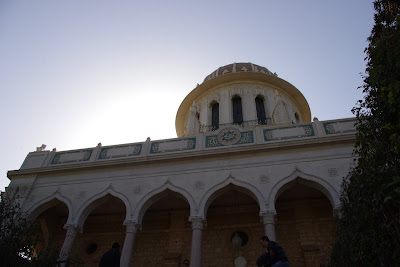