Netta Barzilay - The Israeli singer who had us all clucking 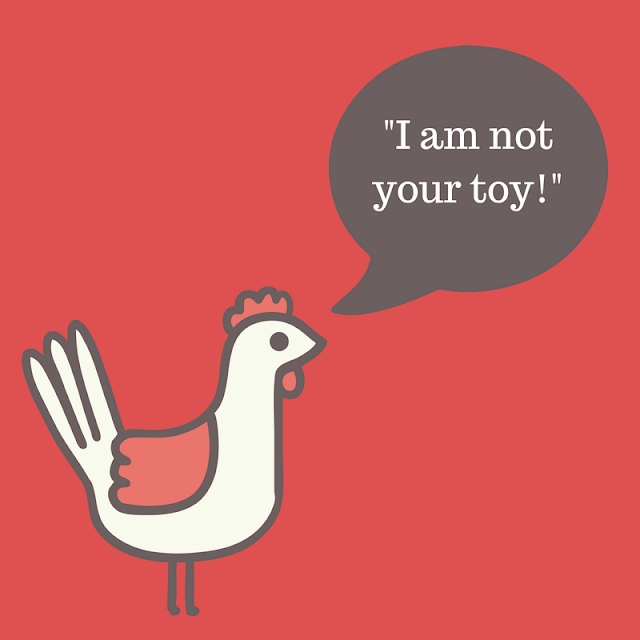 Life in Israel is never boring. The other day I was walking along a street in Tel Aviv and suddenly a guy next to me just chirped like some kind of robot chicken.

And of course I didn’t freak out, or even floated the “WTF!” thought bubble above my head. I knew exactly what was going on. The guy was merely singing from Netta Barzilay’s song “Toy”.

Who is Netta Barzilay?

Neta is the Israeli singer and looping artist who a few months ago represented Israel at the EuroVision song contest. And she won! The song is very unique and all those chicken sounds really make you ask WHAT IS THIS?! But after a while, the beat gets to you and one starts dancing with the music.

Here, have a listen:

Right before the competition Netta was asked if the Israelis would be happy if she won. I thought it was a bit of a stupid question because how would we NOT be happy??

The Eurovision competition is a long three day drawn-out affair. It takes two concerts just to hear everyone’s song. Then there are the finals, and then straight after the finals, all of the participating countries start to vote. It takes forever to contact every country and get their votes.

I stayed up until 1am that evening to see which countries are voting for Netta’s song. The voting however, carried on much later. Even though I folded, many of my fellow Israelis stayed awake until the end to see if Netta would win.

The next day we were all exhausted but really happy!

What IS the EuroVision?

Long, looooong before “The Voice” and “The X-factor” and all the other numerous reality singing contests, the Eurovision Song Contest had countries from Europe competing for the best new song of the year.

It started in the 1950’s to cheer up a war-torn Europe. A committee decided to hold an international song contest where countries would take part in one television programme that will be transmitted at the same time to all those that participated.

The simultaneous broadcast was quite an undertaking.  Several countries had to join together in a wide-area international network. Remember that this was long before satellite television even existed. The Eurovision network had to be made up out of several terrestrial microwave networks.

They did however managed to patch the thing together and the first contest was held in Switzerland in 1956. Switzerland  also won the contest that year.

Today it is a HUGE annual affair watched by an audience of more than 200 million people! The costumes and performances are often over the top and though there are often a lot of weeeeird interpretations, it is an extremely entertaining show to watch. This year one of the contestants rose from a coffin while another wore a HUGE dress that lit up in different ways.

Israel and the Eurovision

Israel first took part in the Eurovision competition in 1973. Since we are in the middle of the Middle East, we are not really a European country. Israel is however part of the European Broadcasting Union and that is the main criterion for taking part in the competition.

Have a look how the hair and clothes changed (especially the hair!). The beat however is still there after all these years...:). Check out also the live bands that accompanied the singers  those days.

The winner’s country is the host for the next year, so I can only echo Dana International and Nettta Barzilay’s words when they said: "Next year in Jerusalem!" Edit:
A month or so after I wrote this blog post it was decided that Tel Aviv, and not Jerusalem will host next year's Eurovision.

This is of course because of Jerusalem's religious nature, political pressure, yada yada, blah, blah....Personally I still think that Netta deserved to win and I am happy that Israel will be next year's hosts.