Remembering the Holocaust during a pandemic 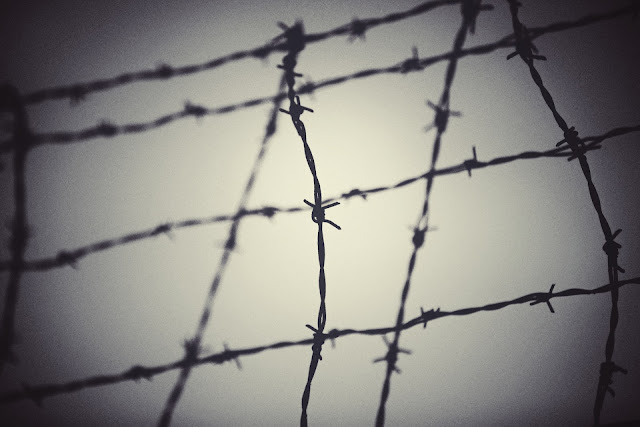 Every year in Israel, exactly one week before we celebrate Independence Day, we remember all the people who have died in the Holocaust.

From sunset the previous day until the first three stars show up in the sky the next day, the entire country is in mourning. Restaurants, theatres and coffee shops are closed. Most of the television channels are paused while the others play Holocaust documentaries or movies such as Schindler's List.

Many national institutes - schools, the Knesset (Israeli parlement) and army bases hold a special ceremony for Holocaust Remembrance. These ceremonies are usually organized in such a way that they coincide with the sirens.

At ten am, loud sirens throughout the entire country bring everyone to a standstill for two minutes so that we all can remember the dead.

Entire highways come to a standstill as drivers pull over, get out of their cars and bow their heads in silence. School children, shop owners, factory workers, office workers, hospital staff and police men and women - nearly every single person in Israel stop what they are doing and stand quiet for as long as the sirens sound.

These sirens, that are placed throughout Israel on poles and buildings, have a special wail to its sound. They are usually used to warn everyone of danger from incoming missile attacks. You can hear their sound deafening loud or a bit muted, depending on where you are. But you will definitely hear them.

Here in Israel we are all Pavlovized to their shrill sound - when you hear that special wail ringing in your ears, you grab the children and you run for the safe room. Or the stairwell or the designated shelter in your area.

But on Holocaust Remembrance Day that same wail means that you freeze right where you are. You stand quiet and you remember all the men and women and children who didn't have a safe place to run to.

Every year it is the same. We stop and we cry and we remember.

We remember because nobody should ever forget the Holocaust.

And then, as soon as the sirens stop wailing, we carry on with our lives. The office workers return to their desks and carry on with their work, the school children go back to their classrooms and the drivers get in their cars and carefully drive off again. We continue to LIVE here in Israel, also for those that have died.

This year however it was different.

The loud sirens pierced a silence on the streets instead of the noise of living. The silence already preceded the sound, continued throughout the wail and stretched on afterwards.

Nobody went back to the classrooms because the schools are already empty. There was nobody to switch on the machines in the factories again. No traffic resumed because the roads are all empty and the office workers didn't return to their desks in the tall office buildings.

However, we still stood still and we remembered the massacre of the innocent. We may not have stood in ceremonies, in the streets or next to each other but we got up quietly and bowed our heads and remembered.

As we stood alone in our isolated homes, we stood together because nobody must ever forget the Holocaust.

Not even when there is a pandemic.


If you'd like to receive my occasional "Letter from Israel" in your email box, how about signing up at the box in the top-right corner. I am a fierce hater of spam myself and I promise that I only send out these emails VERY occasionally - though I really should be a bit less lazy.

July 11, 2012
Hummus plays a large role in the Israeli diet. Wherever you may find yourself eating something, from a picnic at the beach, an end-of-year party or a conference in a smart hotel - there you are sure to find a plate of hummus.

There are even restaurants in Israel that ONLY serve hummus and no other kind of food. These restaurants, known as a "hummusia" in Hebrew are very popular and Israelis often argue about which hummusia serves the best hummus. Some people like their hummus with cooked fava beans and/ or boiled chickpea kernels, others insist on a boiled egg in their plate (not me!) and others just want a sprinkling of paprika and a dash of  olive oil.

Which ever way you like to eat it, hummus is very healthy, very filling and a great vegetarian dish. It is made out mashed chickpeas (garbanzo beans), olive oil and seasoning.

A good plate of hummus MUST be accompanied by a few decent pitot (plural for pita bread). One eats the hummus by breaking of a piece of the pita brea…
7 comments
Read more