The Austrian Hospice in Jerusalem 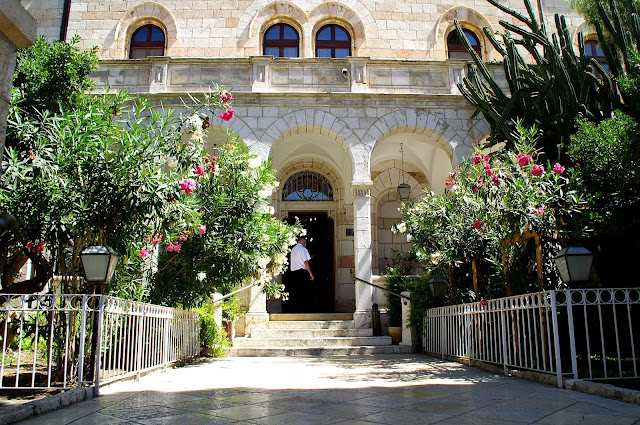 In a northern-ish corner of the Old City in Jerusalem, not far from the Damascus Gate and right at the edge of the Via Dolorosa, hides the Austrian Hospice of the Holy Family in Jerusalem. Outside the gates of the hospice, you find yourself in hustle and bustle of the Muslim quarter. Inside the hospice you will feel as though you have time-travelled to 19th century Europe.

I first thought that I got the wrong address on the day that I visited. The building on 37 Via Dolorosa street looked like a large and imposing wall with a large and imposing wooden door. A huge and ancient door that was very firmly closed. A few locals, who were sitting in the shade on the steps, confirmed my feeling that I was not at the right place.

But this is Israel, and I know that the locals are always happy to help.

“Is this the Austrian Hospice?”, I asked them.

“Yes”, says one of the step sitters.

“Do you know if it is open today?”, I asked. We are still living in the shade of the corona virus and many places in Israel have not yet opened for the public.

“They open at 10 o’clock”, someone else replied. We all glanced at our cell phones, it was 4 minutes after 10 and yet the doors are still firmly shut. The local who answered me first read the question on my face and said:

It was only then that I noticed a small intercom with a button on the side of the large door. So my daughter rang the bell and the large door opened immediately. We stepped through and suddenly we were not in Israel in the year 2020 anymore. 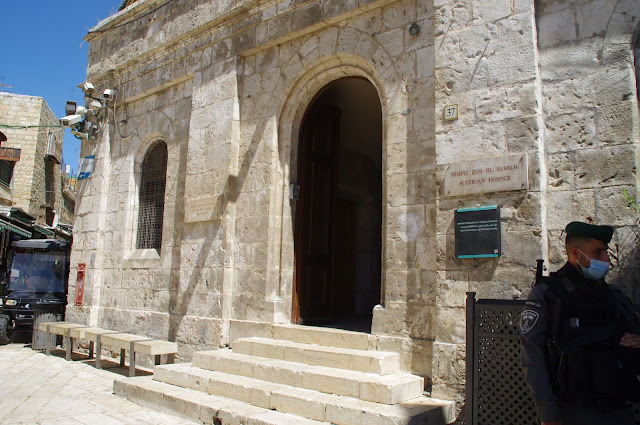 Border police standing in the shade of the Austrian Hospice

A brief historical background (with lots of action)

The Austrian hospice is a boutique hotel/hostel that was built to house German-speaking pilgrims from Germany and Austria. The land was originally bought in 1855 and eight years later, on the 19th of March 1863 the hostel opened its doors to its first pilgrim guests. Back in the day, the Catholic presence in Jerusalem was dominated by the French and the Austrians wanted in too. A pilgrimage to the Holy Land was the thing to do among the rich and aristocratic and during the 1890's and onwards, the middle class German speakers started to follow this trend too.

Franz Joseph, emperor of Austria and king of Hungary, Croatia, and Bohemia came for his own pilgrimage in 1869, officially inaugurated the hostel and obviously also stayed there. The emperor Franz Joseph was the uncle of archduke Franz Ferdinand. It was Franz Ferdinand's assassination in Sarajevo that was the match to ignite the First World War. 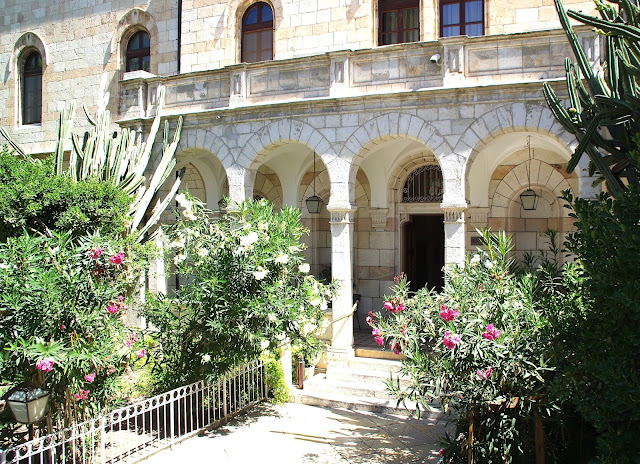 Not surprisingly the war was not for good business and pilgrimages to the Holy Land came to a near standstill. The French Catholic institutions were closed by the Ottoman authorities because they were considered as the property of the enemy. The Austro-Hungarian Empire was however an ally of the Ottoman Empire and the Austrian Hostel continues to host Austrian government and military personnel.

After the war, the pilgrimage business started to slowly recover and in 1933 a second floor was added to house more guests.

And then the Second World War broke out...

The hospice was turned into an internment camp by the British forces. It housed Austrian, German and Italian priests and members of religious orders belonging to the Third Reich. Later they were exiled from the country. 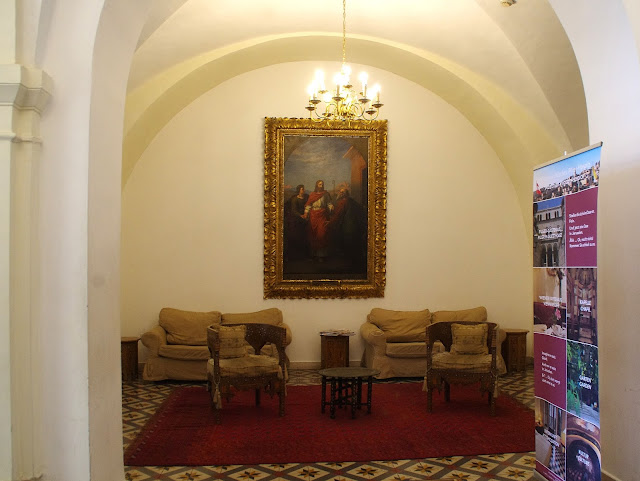 In 1948, under the British mandate, the hospice became a military hospital. Eventually the Jordanians took over the building when they gained control of the Old City and used it as a hospital for the Arab population. The Jordian king Abdullah I was rushed to this hospital when he was shot during the Friday prayers at Al-Aqsa Mosque on the 20th July 1951. His grandson Prince Hussein was also shot, however a medal that his grandfather pinned to his chest, saved his life.

During the Six Day War in 1967, Israel took control of the Old City and also the Austrian hostel. In 1985 the Austrian Hospice was given back to its rightful owners and today the hospice once again houses guests from all over the world.

What to see at the Austrian Hospice 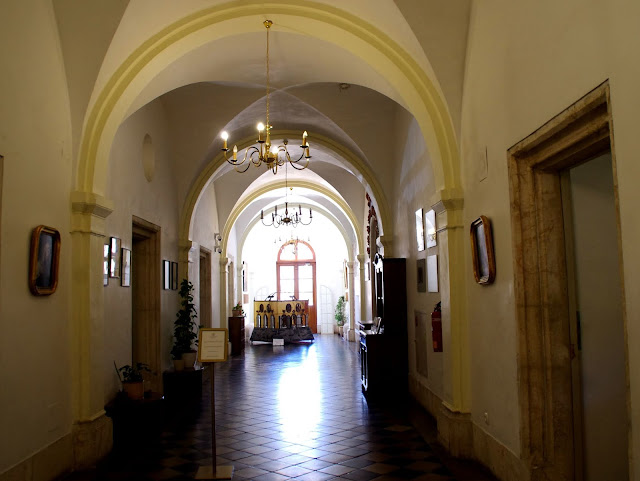 You do not have to stay at the Austrian Hospice to enjoy their hospitality. Day visitors can also visit and enjoy the relaxed atmosphere of this historical landmark. It definitely feels an old-fashioned and elegant oasis nestled in the vibrant Old City of Jerusalem. 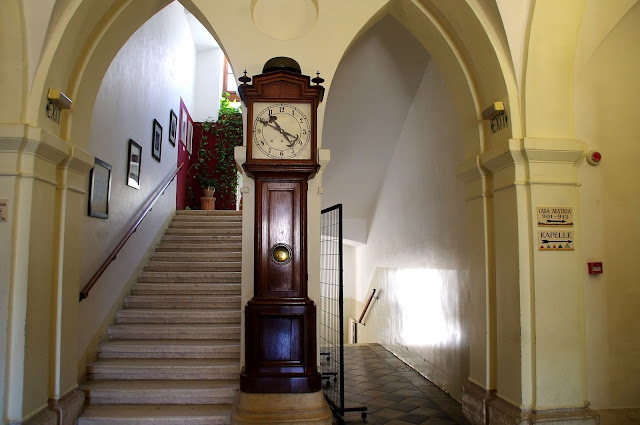 You are free to explore and marvel at the intricacies that make up the three floors of the hospice. Be sure to peek into the salon on the first floor - it is a bit mind-boggling to think that something so old-European exists in the middle of the Old City of Jerusalem.  The salon used to be a dining room for pilgrims. These days concerts and lectures are held there. 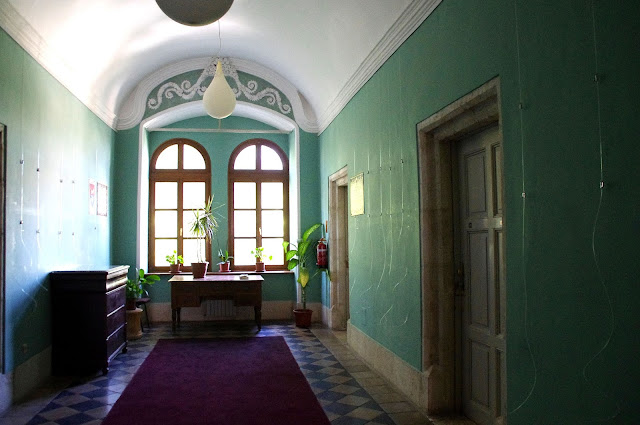 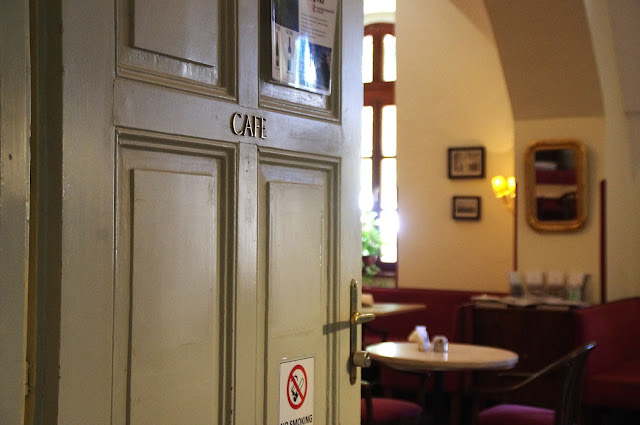 The most popular destination in the Austrian Hospice is definitely the coffee shop. I have always wanted to visit an authentic Viennese coffee shop but never thought that I would not have to leave Israel to do so :). There is even a dumbwaiter that connects the kitchen with the coffee shop that totally impressed me. 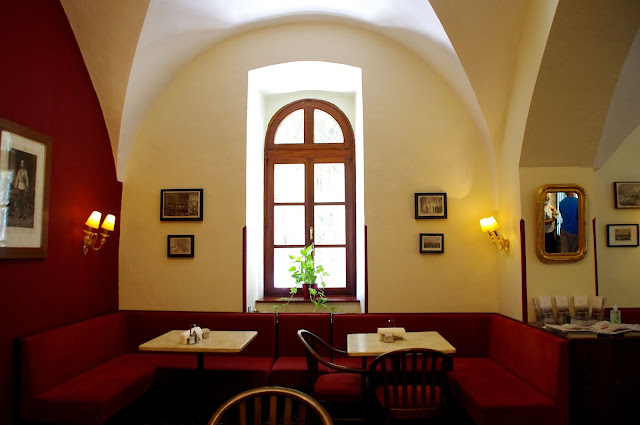 The coffee shop exudes charm and ambience and the coffee tastes like coffee should. My family and I were however a bit disappointed with the apple strudel and chocolate cake. It could be that our palate is more used to the richer Israeli cakes. There are many nooks and crannies to enjoy your coffee, including a ‘secret’ garden terrace. 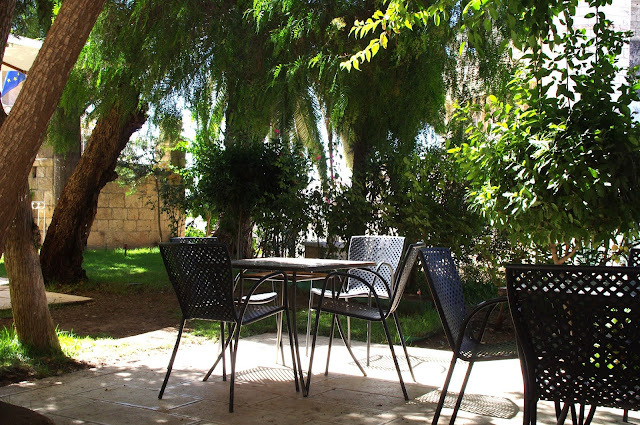 Enjoy the view from the high rooftop 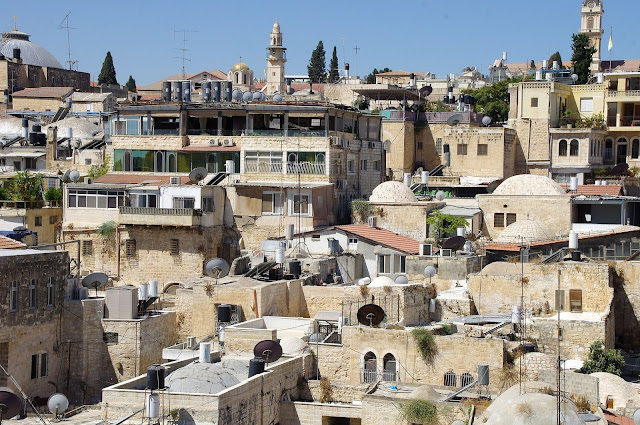 One of the best places to see a cityscape of the Old City, is right on top of the Austrian Hospice. There is a coin-operated gate that takes five shekels per person, so keep this in mind if you want to go and see the view. Sight-seekers only have access to a small section of the rooftop but the views are really outstanding. If you enjoy taking photos and are as enamoured by the Old City of Jerusalem as I am, I highly recommend that you visit this rooftop. 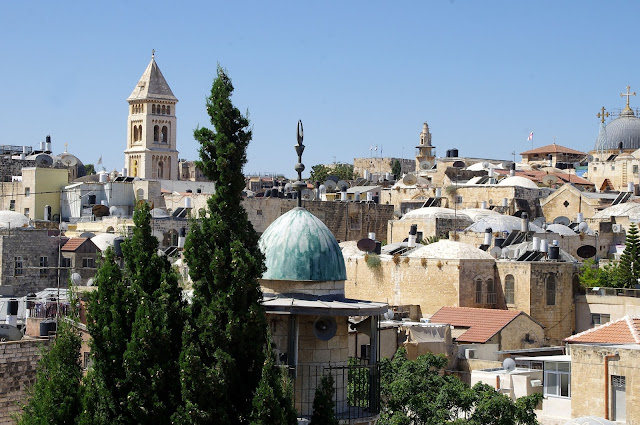 Just like everything else in Israel, the Austrian Hospice is enthused with history. Though maybe with a bit more ‘recent’ history than other landmarks such as the Western Wall and the architecture left behind by the Roman Empire. I still think though that this building is worth a visit. It is not only a wonderful place to have a break and drink a decent cup of coffee but it also marks the long relationship between Israel and the pilgrims who are compelled to visit the Holy Land. 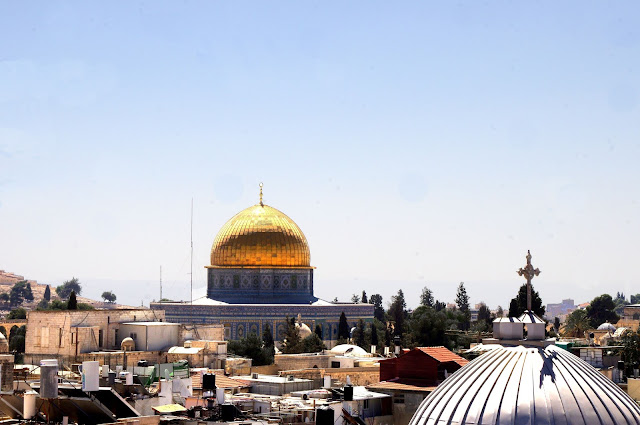 You can find information about opening hours and bookings at the Austrian Hospice’s website.
If you'd like to receive my occasional "Letter from Israel" in your email box, how about signing up at Subscribe in the top navigation bar. I am a fierce hater of spam myself and I promise that I only send out these emails VERY occasionally. (Though I really should be a bit less lazy.)