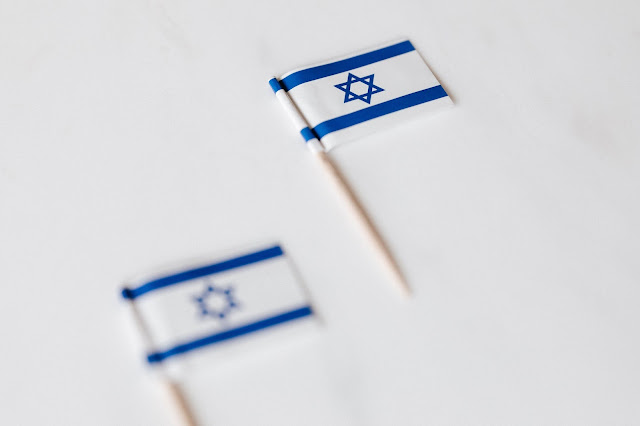 The country of Israel is small. It is actually quite tiny if you compare it to other countries. We are even smaller than countries such as Cuba, Ireland, Moldova and Puerto Rico.

It is more or less the same size as New Jersey in the USA or the Kruger National Park in South Africa. As a South African, I used to wonder where all the people live ( 8 million) because I know the Kruger National Park and though it is full of animals, it is not heavily populated by people..:) Later I realized that most Israelis live in apartments and not houses and also that we live quite close to each other.

But let’s go back to Israel’s size. So how big, or small, is it really?

So yes, not very big at all.

Since it takes so little time to cross the entire country, one would think that the locals are constantly on the road, visiting each other and going to work. And this is true - Israelis love to drive their cars even though the public transport here is quite extensive. A large group of people in Israel have two cars per family.

The problem is just that everyone is on the road constantly, and because there are only so many roads in this small country, they are nearly always clogged. One has to leave the house early in the morning or very late in the evening to have a quick ride home.

A childless friend who works in an office in Tel Aviv tells me that she is often alone in the afternoons. Their office has flexible work hours and all the parents arrive as early as possible. They need to leave early to be able to pick up their children from school and daycare on time.

I once told my husband that the size scale on Israeli maps is always so large and he didn’t know what I was talking about. 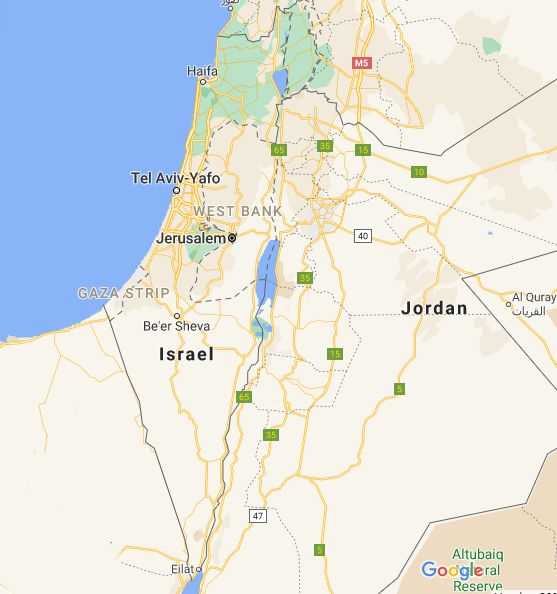 Printed Israeli maps tend to be much more zoomed out than those of other countries. At first I wondered why there are so much more detail given in their maps. It took awhile for me to realize that it is because they have so much more space to play with because Israel is so small.

If you ever travel on the Israeli railway system, don’t confuse the color-coded map as a representative of the area that you are in. It is actually a map of the entire railways system of the whole country!

Sabras, a nickname for people who were born and grew up in Israel, do not perceive their country as small. Even though the roads are always busy because Israelis love to drive their cars, they are still a bit hesitant to think about ‘traveling’ far.

If you go somewhere that is more than a two-hours drive away, not counting traffic, then it is perceived as a serious day trip. One either has to wake up while it is still dark or consider sleeping over.

An acquaintance who grew up in the USA told me that her friends in Jerusalem felt bad for not inviting her for Friday dinner because they did not have space for them to sleep over. It did not occur to them that she would be more than happy to drive two hours each way just to spend an evening with them.

Of course not everyone in Israel is like this. Many people love to drive all over the place, especially if they have a work car. I have however only experienced this it-is-really-far-but-isn't-actually phenomenon here in Israel.

I am sad to say that I myself have picked up this skewed perception of size. Be’er Sheva is a large city in the south of Israel with lots to see. They have many cool museums, several parks and reserves nearby and even a science park.

Guess how many times I have visited this historic city that is only about 180 km (112 miles) from my hometown?

And that was only because my daughter had to go there for an army thing and I accompanied her.

If countries got news coverage according to their physical size, I doubt that anyone would ever hear about Israel. The opposite is actually true, this country is always in the news.

We often compare ourselves to Switzerland because our population size is more or less about the same. But do you know who is the prime minister of Switzerland? And can you say, without looking at a map, which countries border Switzerland?

Why is this? Why is this small country always in the news?

Is it because there always seems to be some type of conflict here? Or because Israel plays such an important role in the monotheistic religions of Judaism, Christianity, Islam and the Bahai faith?

Or maybe it is because Israel is known as the start-up nation and many global companies have an R&D branch here?

It is probably a mixture of everything.

A small country with a large presence

Someone once said to me that Israel is like one of those small white roosters that are always fighting. I don’t think that this is 100% true because most of us would prefer a much more peaceful and boring life here. But on the other side, we do not back out of a fight either.

When the going gets tough, the tough gets going. It doesn’t matter if it is building a complicated algorithm, negotiating sensitive diplomatic discussions, turning seawater into drinking water or the fact that everyone needs to take a turn in the army.

Nearly every citizen has to pitch in and do their share and that is what I think makes Israel great. We go the distance, even if we have to sleepover somewhere..:)

In contrast to this blog post I have just written, I do not always think that Israelis are not without their faults. You can read all about it here:

Ten things that I hate about life in Israel