The first rain has a name 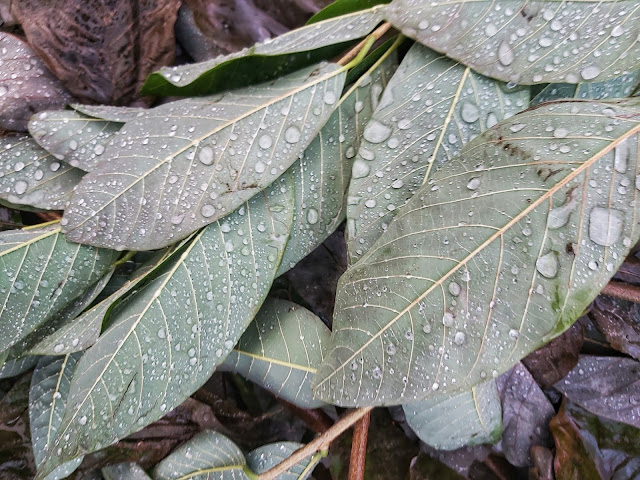 Rain is so precious and anticipated here in Israel.

Our long hot summers parch the land, man and beast. It is not just the heat - the hot winds all the way from the Arabian peninsula squeeze the last drops of life out of any living organism. AND cover everything head to toe with a thick layer of dust.

It is no wonder that from about the end of September we start looking at the skies. Our very souls thirst for rain by then. This is also the time that religious Jews start to pray for rain, three times a day in their daily prayers.

We all had enough by the end of September

The nightly weather report finally gets some attention by the end of September.

Like seriously, do we REALLY have to see a big dark red warning sign, filled with an impossible high number, to know that it is hot as hell? For every single day of our long hot summers?

Come September month and we are waiting, with nearly a hold breath, for that first rain.

It is called "yoreh"

However, further investigation showed me that the word "yoreh" comes from the Bible. It is usually referred to as the early rains or first rain in English.

"I will give the rain of your land in its season, the first rain and the last rain, that you may gather in your corn, and your wine, and your oil" (Deuteronomy 11:14).

All the cool weird words come from the Bible

Religious Jewish scholars make it their lives' work to study the very words used in the Bible and the Talmud. They argue that if a writer has used a specific word, it is because they had a really good reason to so.

The word "yoreh" is quite an odd word. It comes from the root (ירה‎) which is also the root for other Hebrew words that means to teach and to shoot. Shoot like in to fire a gun. Or to shoot an arrow.

Apparently the mental image that should appear when one studies the Hebrew word yoreh is that of an arrow shot right to its target, or a specific lesson from a teacher that goes to the students brain and stays there.

This is how religious scholars explain yoreh:

"The Talmud (Ta’anit 6a) explains that yoreh falls at the beginning of the rainy season, thus it is called a “teacher” because it “teaches”people when to reinforce their roofs and bring their produce indoors to avoid possibly being destroyed by subsequent rains."

In today's times, the first rain can be a prompt to start digging out your winter clothes from the back of the cupboard. And to look for the umbrellas and boots that were packed away nearly nine months ago.

We are so used to wearing sandals and short sleeves in Israel that it is always a bit of a surprise to start feeling the cold.

So who is doing the shooting?

In Deuteronomy 32:2 there is another reference to how teaching is like rain:

“May my teaching drop as the rain, my speech distill as the dew, like gentle rain upon the tender grass, and like showers upon the herb”.

So we get it that the yoreh is like a teacher because it teaches us that winter is coming. This is a bit strange, no? You'd think that the colder evenings and shorter days would be like a major clue already.

But where does the shooting part come in?

I searched around a bit and the only explanation that I can find is that the yoreh is like 'arrows shot from heaven into the earth'.

When you think about it, this is actually a cool visual image. One can imagine that a writer, who lived thousands of years ago, wanted his readers to 'see' the image of rain plunging into a thirsty land.

Why not use a arrow as symbol, flying true and straight to its mark? In those days everyone probably knew exactly what a volley of arrows in the sky looked like.

The last rain also has a name

The last rains in Israel also has its own name, which is malkosh. This rain falls more or less in April, in the springtime.

This word is connected to the Hebrew word for reaping (mekoshesh) because the malkosh rain falls near the spring harvest, right before the produce is reaped.

And then after the malkosh fell, we enter our long hot summers and soon our souls yearn again for the yoreh.