The Museum for Islamic Art in Jerusalem 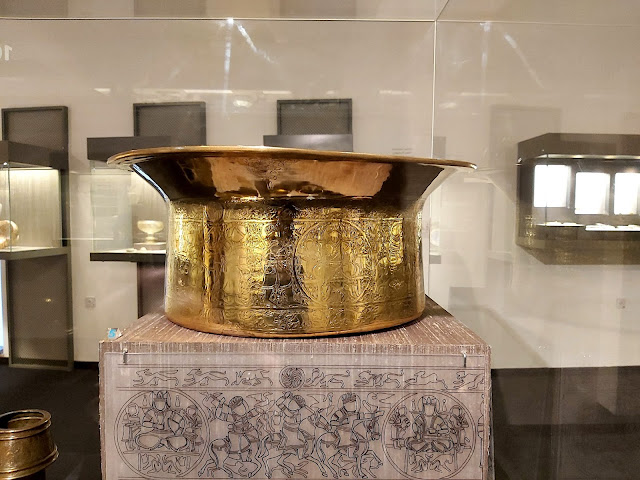 Brass with silver inlay from the Ayyubid or Mamluk period (14th century, Egypt or Syria)

I haven't been in a museum for a long time.

This #$% corona virus has not only made nearly everyone 'untouchable' but has also robbed us from enjoying ancient art!

One of the most amazing, and little celebrated, joys of life is to stand in front of a glass cage in a museum. In my humble opinion of course 😊. 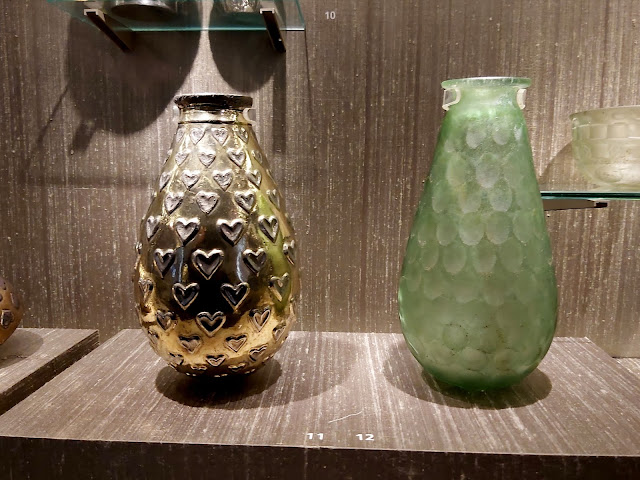 One gets to appreciate the beauty that fellow human beings have made. These artists may have lived long before us, or come from a part of the world that one would never travel to. And yet there is a connection to these artists via their art. They made something for someone else to enjoy and appreciate and that is exactly what we as museum goers do.

I don't think the artists whose work is displayed in the Museum for Islamic Art would have ever dreamt that their work will be marveled over in Jerusalem by Israeli Jews, Christians and Muslims. (And all the other minorities that we have here in Israel). 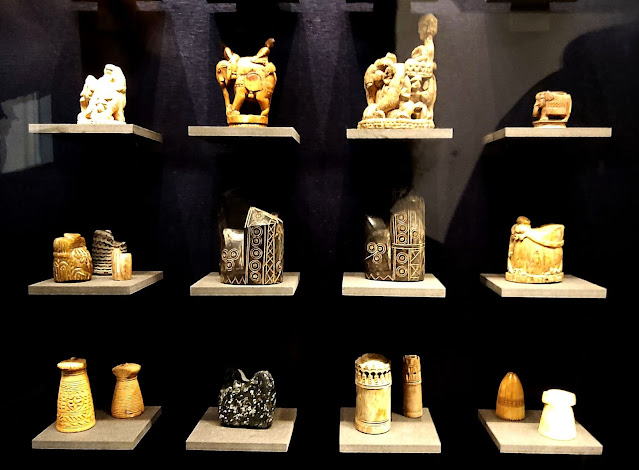 A collections of beautifully designed chess pieces. Chess originated in India and made it way to Europe via Arabian traders

And yet that is exactly what the founder of the museum, Mrs. Vera Bryce Salomons had hoped to do. She wanted the museum to be a showcase for Islamic art, "lessen the hostility between Jews and Arabs and build a bridge between the cultures."

I have missed my occasional museum visits - isn't it strange how you sometimes only miss something when you cannot have it? The Museum for Islamic Art made a big impression on me, and since I STILL have photos from the museum on my phone, I wanted to relive my experience by writing about this museum. 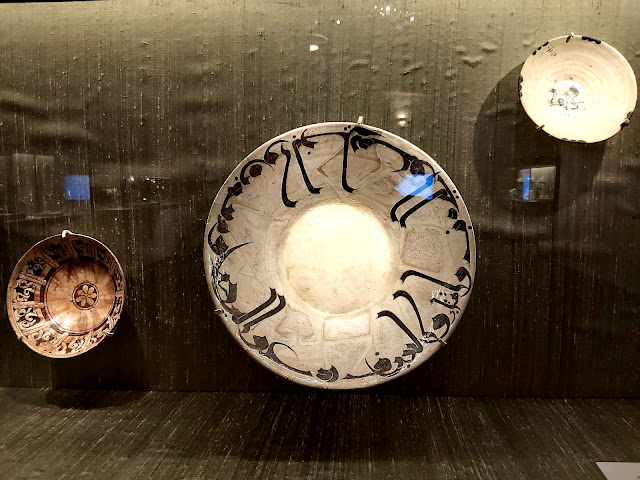 The museum is not very large but be prepared to spend much more time than you think you need. The artworks are spread across two floors. Each floor has three halls dedicated to a different period (and location) in the development of Islamic art.

On the first floor are artifacts telling the story of Islam, early Islamic art and art in the Middle Ages. The second floor is dedicated to late Iranian art, as well as artifacts created in the Qayar, Ottoman and Moghul periods. 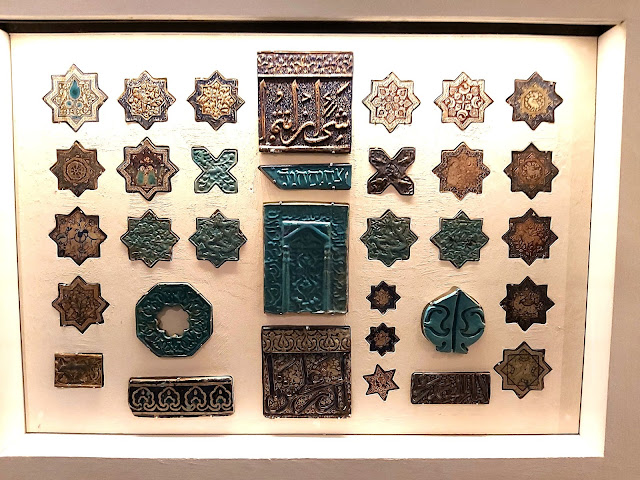 The artworks are amazing and delicately crafted. Their display boxes also illuminate and showcase them up beautifully. They also differ greatly from each other as you immediately notice as soon as you move around the halls.

I got the impression that the artists were already established and doing what they were good at long before their countries were conquered. There are amazing pottery and ceramics from Iran, jade work from India and jewelry from Syria. 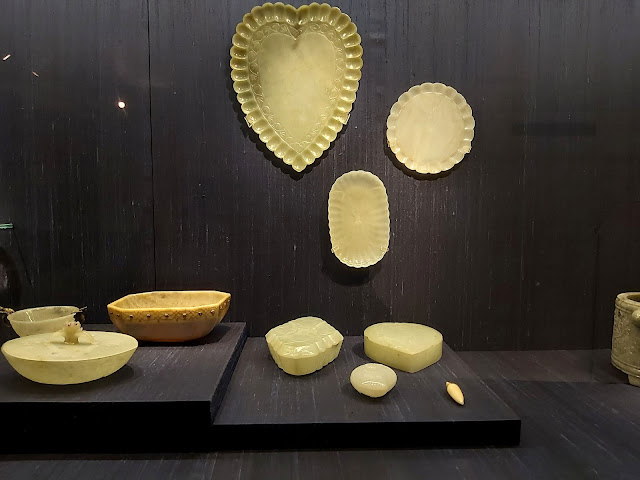 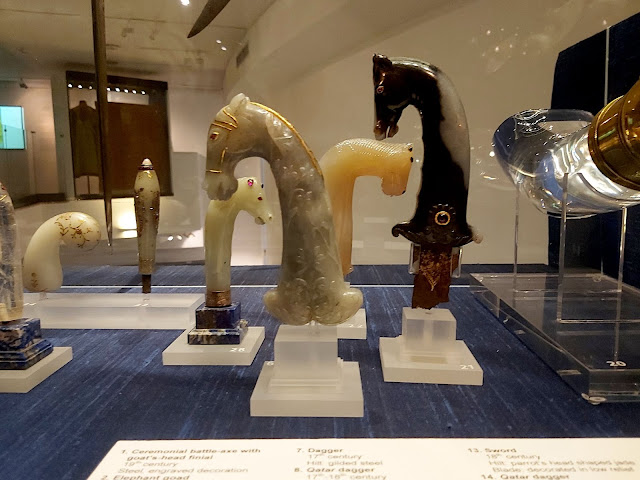 Jade sword handles because one has to fight the enemy in style!

Muslim rule quickly spread from the Arabian peninsula to Egypt and Syria, Persia and Mesopotamia (known as Iraq today), Turkey, Afghanistan and northern India in the east. In the west it reached all the way to Spain. This empire ruled for 1,200 years, until the end of the Ottoman period.

As Islam spread throughout the world, the local artists started to incorporate more Arabic elements in their art. Elements as Arabic script and the well-known arabesque and geometric patterns. 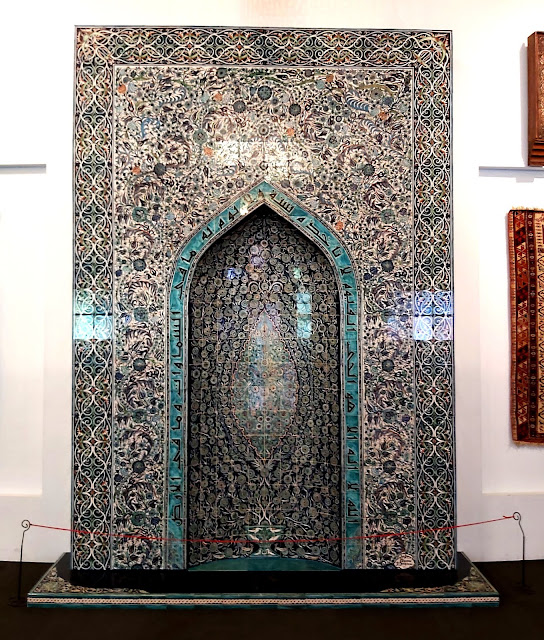 Intricate geometric designs on tile. This is one of the largest, and most eye-catching, artifacts in the musuem

I wonder if the artists did it consciously to please the new rulers? Or did it merely happen because it was the fashion of the day? Even though the Muslims drastically influenced the art of invaded countries, it also absorbed the local traditions. The creativity of all these artists in so many different parts of the ancient world definitely formed the base of Islamic art. Over time though Islamic culture and art evolved its own identity.

The large scope of the artifacts in the museum makes one realize how far and wide Islam has spread. However it also tells the story of people who existed so long ago

We may never have heard them if they didn't leave their art behind. 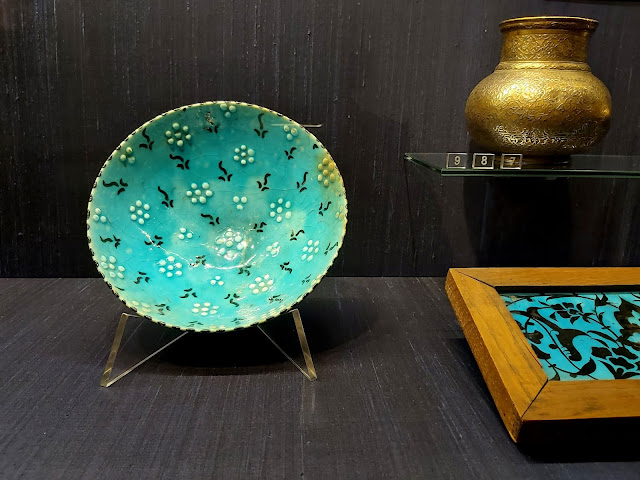 Another gorgeous piece of glazed pottery made in Iran, 15th century

One of the important functions of a museum is to expose the viewers to different cultures and ideas. The artifacts may be exotic and foreign-looking but they still tell the same story that all art does:

It doesn't matter what your religion is or who currently rules in your country. Artists may get influenced by the fashion or religions of the time but it is a two-way street. The time period and current political situation may have a huge influence on artists. Yet the artists themselves also strongly influence the current fashions and political period they are living in..

The visit to the Museum for Islamic Art made me realize just how creative those old Muslim and Eastern artists were. I am proud that their beautiful work found a home in the heart of Jerusalem. 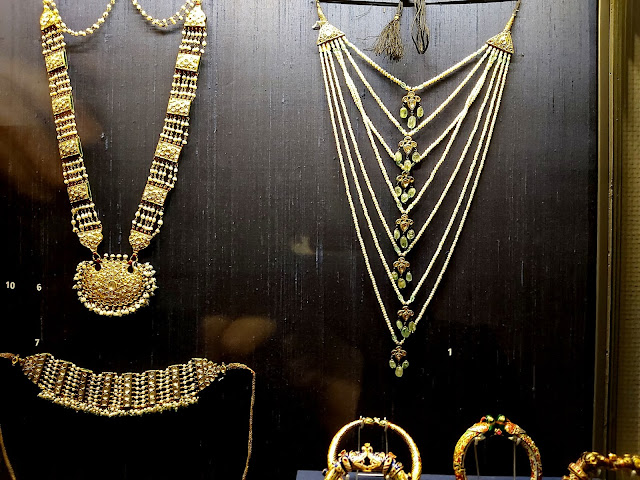 Ancient jewelry pieces made in India 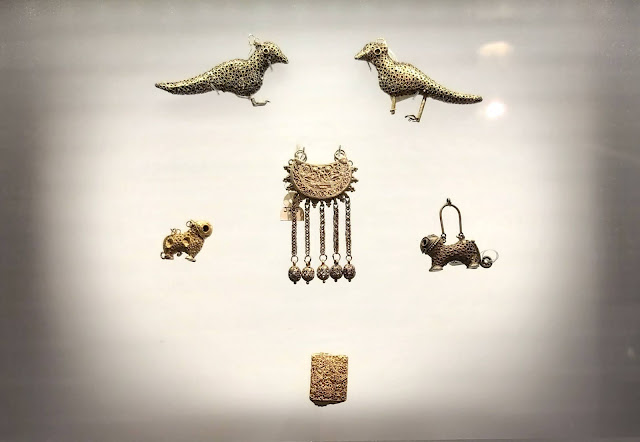 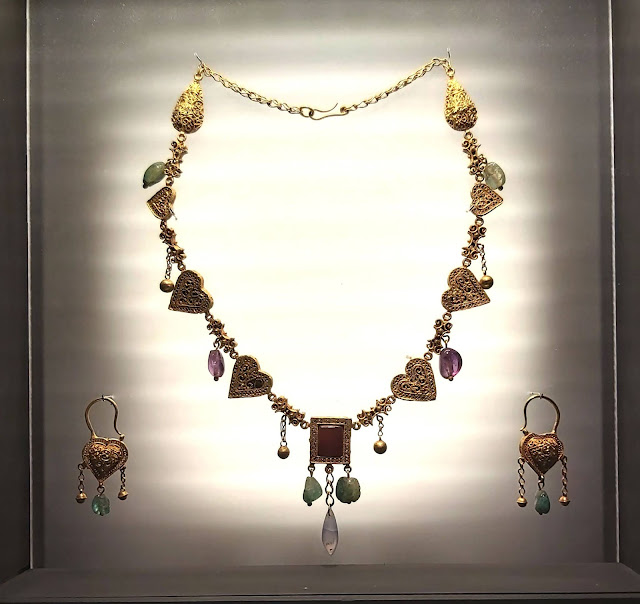 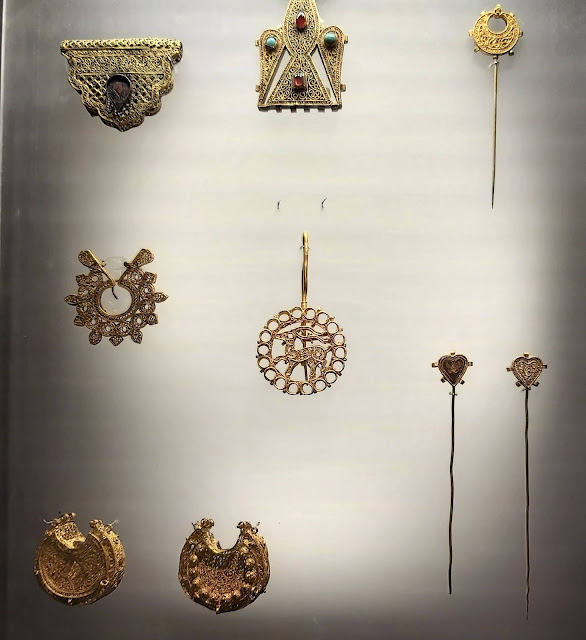 A large range of jewelry from all over the Islamic empire
The watches collection The Museum for Islamic Art also houses an amazing watch collection in the basement. I wrote a separate blog post about it:
The amazing clock collection in Jerusalem Other blog posts about museums in Israel The Rockefeller Archaeological Museum Sitting around at the Tel Aviv Art Museum
The Glass Museum at Kibbutz Nachsolim
If you'd like to receive my occasional "Letter from Israel" in your email box, how about signing up at Subscribe in the top navigation bar. I am a fierce hater of spam myself and I promise that I only send out these emails VERY occasionally. (Though I really should be a bit less lazy.)